We’ve all got one. 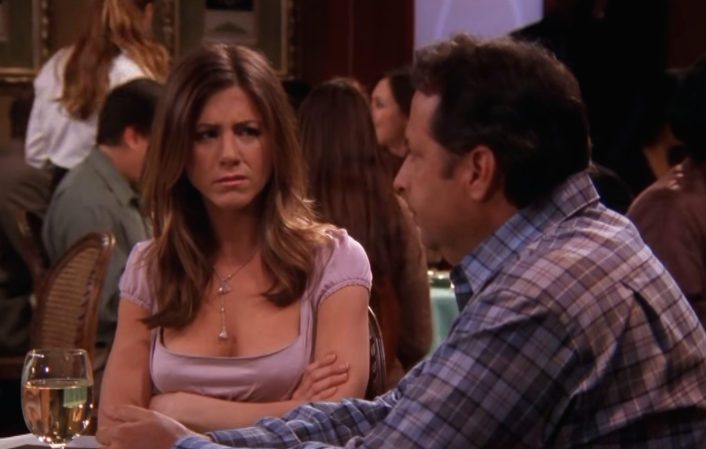 As some of us prepare ourselves for face-to-face dating after over a year of awkward virtual romancin’ (thanks, pandemic), maybe it isn’t such a good idea to reminisce over all of those terrible, TERRIBLE dates from the past. But here’s a take: those dates, as utterly painful as they were, have their benefits. Maybe you made a platonic friend, discovered a bangin’ new bar, or learned exactly what you do (and don’t) want in a partner. And if anything else, you’ve collected a funny story to share as and when needed for the rest of your life. And that, my friend, is worth gold.

We’ve asked some of our own team to share theirs (anonymity, granted). And yes, they’re all 100% true.

I’m notoriously bad for picking the wrong people to date and nothing confirms this more than the guy I was dating last summer. Let’s call him Pinocchio— you’ll see why. We’d met on Bumble and after a couple of weeks of talking (and lockdown restrictions being lifted), I met him and realised that we had loads in common. We ended up dating for about 2 months in which he took me on some amazing dates (I really can’t fault him on that!). He always arranged the date, picked me up, and dropped me off home and was always very generous – just not with the truth!

Before we’d even met, Pinocchio told me he was selling his house and then a couple of weeks in, he’d sold it and was moving to his new house in a month’s time – which was suspiciously quick in my opinion. Being the great sleuth that I am, I decided to do some digging and thanks to the good old internet, I managed to purchase all the deeds to the houses that he claimed he owned. Spoiler alert— he doesn’t own any of them and FYI, his family still to do this day think he’s the owner. There’s absolutely no issue with someone renting their home, I just hated being lied to and it made me wonder what else he could lie about.

I also uncovered that the ’10 people he had working for him didn’t exist either (honestly, nothing would surprise me with this one). Oh, and how could I forget the time that he messaged my friend about her ‘sexy PJs’, or all the times I had to sit in the back of the car so his dog could sit on the front seat. LOL. Obviously, I decided to write all this on Facebook’s Prick Advisor page but he rang me up pretending to be the police in order to get me to delete it (another lie).

I think he’s back with his ex now (good luck, hun) and as you can probably guess, I’m blocked on everything. And yes, this has put me off dating for a while.

Let’s Take This Outside.

OK, so I went on a date with this guy once, we went to a few bars, and at the last one he ordered us chilli shots. We did the shots and clearly, it did not agree with me, as a few minutes later I could feel it trying to work its way back up. I ran to the toilet and threw my SOUL up.

A security guy clocked on and ended up throwing me out of the bar, using a fire exit at the side of the building! I was so embarrassed to tell my date, that I thought “I’ll just stay outside and get some fresh air until I feel ok again.” Until he came outside to point out I’d been gone a whole hour. He asked what the hell happened, so I had to explain that I’d been sick AND gotten thrown out. Pure shame.

We did date for a year after that… so I judge him more than I judge myself, to be honest.

I once went out with this really cute guy; soft voice, timid, intelligent—he was great! As things started to heat up a bit during our date, I took my sweater off, and as I did he noticed my armpits. He then told me that he thought they were beautiful and asked if he could lick them. YEP. I have a phrase for what happened to me instantly. I call it the Negative Vagina. It closed itself for the rest of the date. That was the first and only date we had.

Via a dating app, I briefly talked to this guy, exchanged a few messages and that was that. I then went on holiday for a festival abroad. On the train to the airport back home, my friend and I were sat in one of those four-seater booths and this guy was sat across from us. I kept looking at him and then messaged my friend next to me that I’m positive that’s the guy from the app. I showed her the picture but she wasn’t convinced. Got to the airport, checked in, made our way to the gate. Just before boarding, the guy shows up at the same gate as well and my suspicion increased and even my friend is a bit more convinced now. We ended up joking around how funny it would be if I were sat next to him. We board the plane, I get closer to my aisle and realise he is in fact sat next to me. I sit down and go about my business. Once we got back to the UK, I messaged him saying, “Not to sound creepy, but I believe we were just sat next to each other.” And he was. Turns out he’d been to the same festival. We did go on a few dates after that—nothing came of it, but what are the chances! Comedian Rachel Feinstein Is The Hilarious BFF You Wish You Had 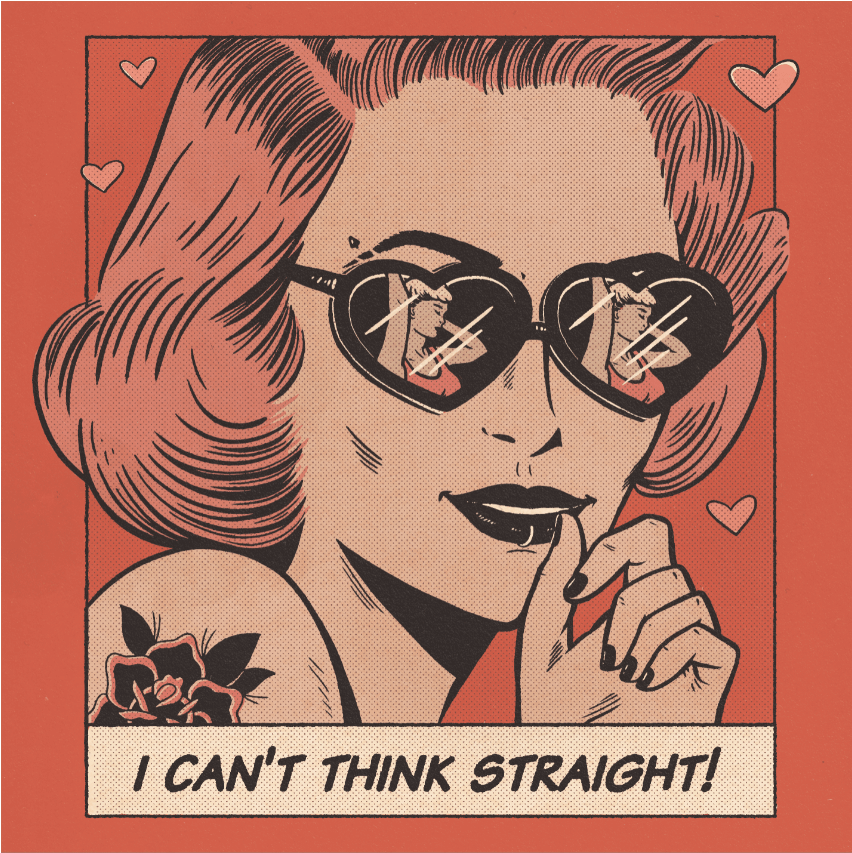 Who Art Thou? Meet Brazilian Artist and Illustrator, Jenifer Prince. 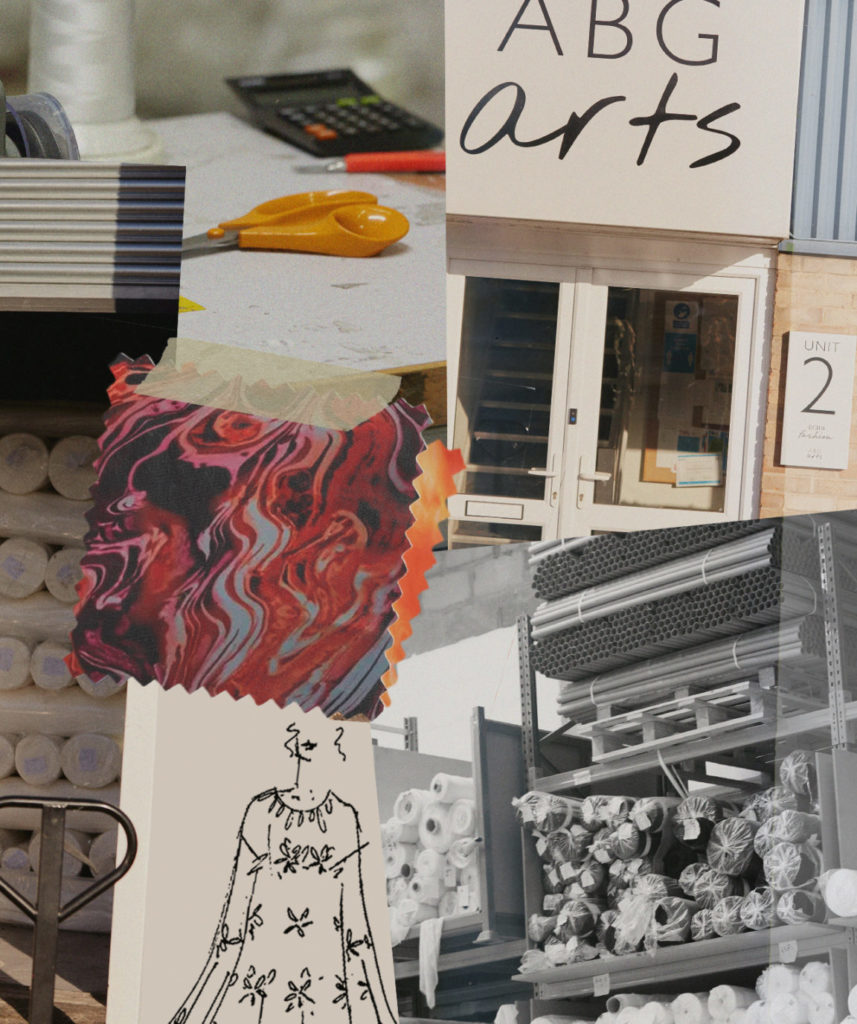 Behind the Seams with Print Designers, Emily and Tom