She’s All That: Meet Sami Miro 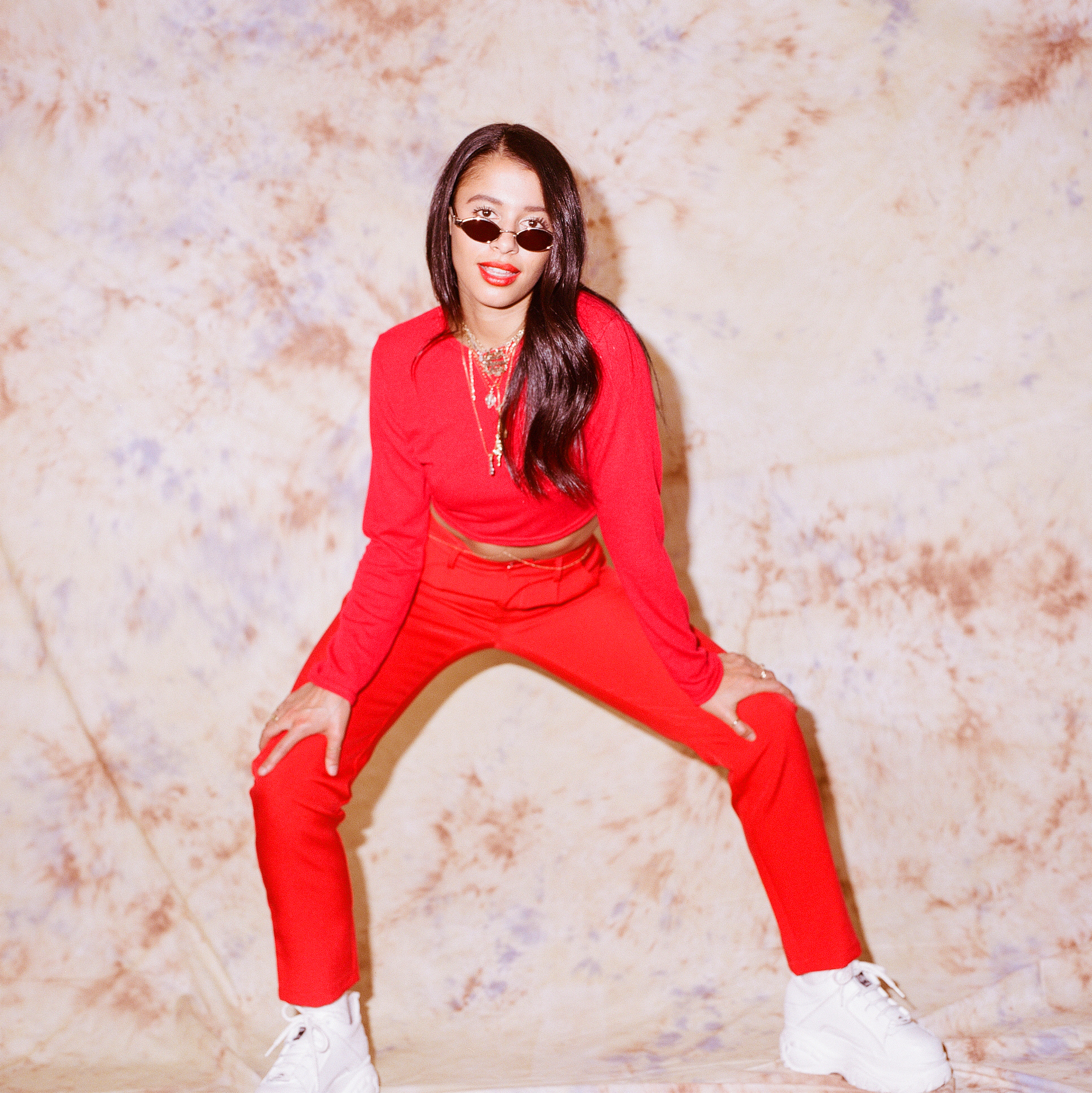 Sami Miro is all Aaliyah vibe meets MBA brain. The designer, entrepreneur, model, consultant, and superwoman is a shining example of how hard work, ambition, intellect, and education can converge into an unexpected paradigm of success. Sami, a highkey a brainiac from a family of business types, had her life figured out–an MBA in Entrepreneurship, a steady gig in tech marketing, a lifetime of stability–but found a different path when she started exploring her creative passions in fashion and amassing a vintage archive which she sold and styled with. Fast forward a few years, and she’s got a successful clothing line of re-worked vintage pieces (Sami Miro Vintage), has created a tour wardrobe for Selena Gomez, and counts gigs for brands like Yeezy (we all remember this) as part of her daily grind. She opens up about how scary change can be, proving herself, and how to turn your side gig into your main hustle (while maintaining a safety net along the way).

So first of all, you’re super accomplished—you have an MBA, you worked in tech for years, and you come from a family of equally accomplished entrepreneurs. Did you ever feel pressure to follow that particular path versus the one you’re on?

Yes, absolutely. I think growing up under a very accomplished brother and father pushed me as far as I could go educationally. I was a competitive gymnast and my brother was always the smart one. So when I stopped gymnastics, I realized I had to focus myself somewhere else. I didn’t know what I wanted to do in school, but both my dad and brother were in business and finance so I took the business route. I really looked up to my dad and brother, and I’m really happy that I did because even though my career path has changed dramatically, everything I learned in school and working in tech has 100% aided me in what I’m doing now. I’m a one-woman show—I do all aspects of the business, from production to design to marketing.

So when was the moment that you were like, this is it for me?

I was on the marketing team with the tech company I was working for at the time. I would have to travel every week to give presentations, so they let me live wherever I want as long as I was near a big airport. So I moved to LA and still worked for the company. I didn’t have any friends here except for an ex-boyfriend. I began to become friends with people with different creative backgrounds like music, fashion, and modeling. I always collected vintage clothing—it was just a thing for me. But fashion isn’t really a thing in San Francisco so I didn’t know anything about it. So on the weekends, I’d be the assistant’s assistant’s assistant on a Harper’s Bazaar shoot to try and figure out what fashion was. In doing so, I noticed that there was something in me that I hadn’t realized and hadn’t been able to express. I thought, I’m going to put away the corporate life and figure out what it is. I tried modeling and styling, and one day, I had an epiphany to start saving vintage. The rest is history.

When did you first fall in love with vintage?

I went to a private high school where everyone was super super rich and my family wasn’t. I started wearing vintage because I could find the same brands everyone was wearing, but worn or with holes (which wasn’t cool back then). I started to realize that the holes and discoloration are what made the things so special. That’s when I really started to fall in love with vintage because I was the only one wearing that shirt—no one could be wearing a shirt like this.

How hard is it to abandon a path that’s laid out for you? What did you have to overcome?

My family at first was like, you’re crazy, what are you doing? How are you quitting your job without another job in line? I was scared, too, but I had saved up money. I knew I had to do it otherwise I was going to regret it forever. I was lucky because if what I was going for failed, I could always go back to marketing. It was scary because I always plan ahead, especially when it comes to how I make money. But it was something I had to do. My dad is very proud of me now. He told me he had things inside of him that he never explored and wished that he did.

It takes a lot to make such a big change.

It takes a lot of courage, but it’s always important to have something to fall back on. Don’t be a designer because it’s cool, do it because there’s a fire burning in you. But also be smart about it. It’s really difficult and competitive out there.

Do you have any tips for people who want to turn their side hustle into the main thing?

I think you have your own point of view and a signature look is important. There are so many designers out there especially because the barriers to entry are so small now—you have social media where you can put your stuff out there super easily. But you have to do something with a twist that nobody else has thought of because there’s a lot out there.

What’s the scariest thing about following your heart?

Since I work for myself, there’s so much pressure to always have something going on. It’s kind of sad in a way. One of my dream girls wore my pieces many times, but I couldn’t really get that excited because it’s like, what’s next? It’s good and bad. It’s good because you have to be continuously motivated and bad because you stop getting excited about the exciting things in life.

“Every job I’ve had, I’ve been one of the only women. I grew up with men so I’m used to being the only girl and having to prove myself. It’s what I’ve always done.”

Do you feel like it’s easier or harder as a woman to start your own business?

It’s been easier in a way. Every job I’ve had, I’ve been one of the only women. In my tech job, I would work with, like, 45-year-old dorky men all the time. I grew up with men so I’m used to being the only girl and having to prove myself. It’s what I’ve always done. Most of my clothing is men’s clothing, but I transform it into women’s. I think that comes from the fact that I grew up with my brother’s hand-me-downs and would have to figure it out.

You’ve built a personal brand as well as a brand that is your own. What’s the value of that to you?

A personal brand enables me to also build my clothing brand. I like having both because my clothing line is a creative outlet for me. I can express myself how I want to and educate people on certain things, but then also showcase my creative side on the brand’s account.

“Never stop working. If you stop, someone will slide right in. Don’t ever stop being creative and always be inspired.”

Why do you think it’s important to celebrate women right now?

I think everyone should support women, it shouldn’t just be women supporting women. On my part, I get so many emails from girls who are inspired by my story, who are working in the corporate world and have this thing they want to do but are afraid of it, and I always make an effort to give them solid advice. People really resonate with my story.

So what do you usually tell girls that email you that kind of stuff?

It depends on every story. Some girls resonate with me because they have corporate backgrounds and they’re inspired to start designing. Each story is different, but I always encourage girls to make sure they have something to fall back on. It sounds so glamorous, so I try to say something that’s encouraging but also realistic.

The most important lesson you’ve learned so far?

Never stop working. If you stop, someone will slide right in. Don’t ever stop being creative and always be inspired. 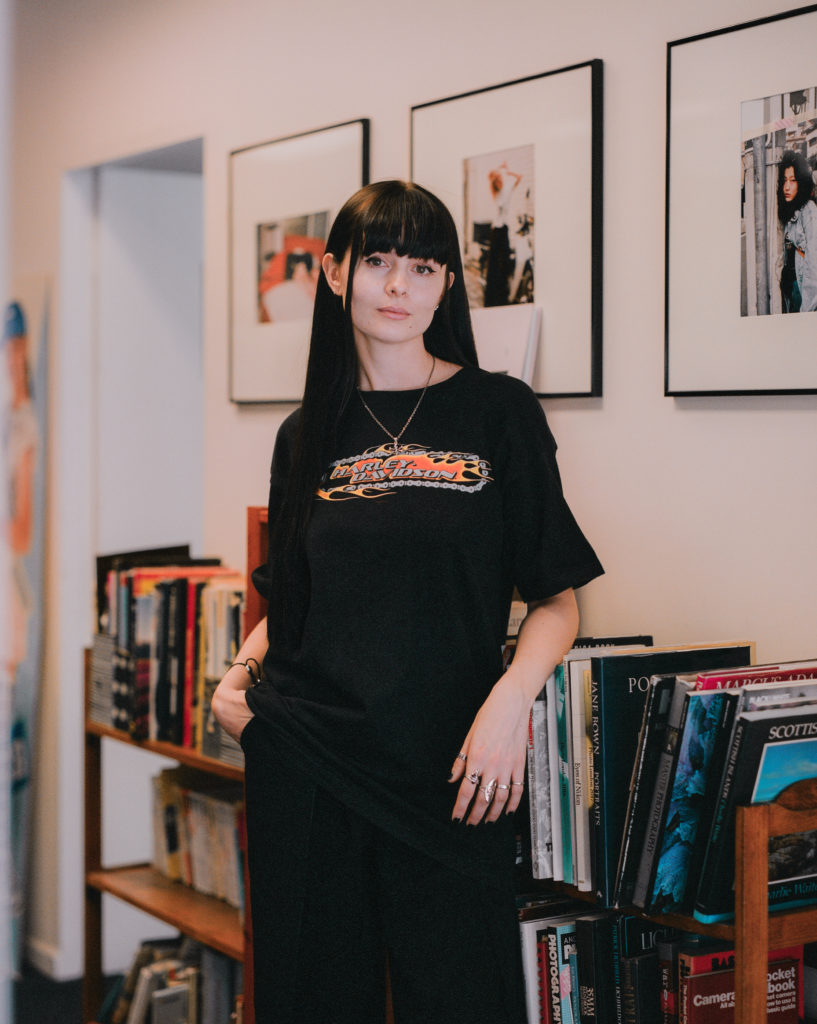 Behind the Seams with Emily Ashcroft, Senior Model Photographer