She’s keeping it real, topping charts, and shaking sh*t up. 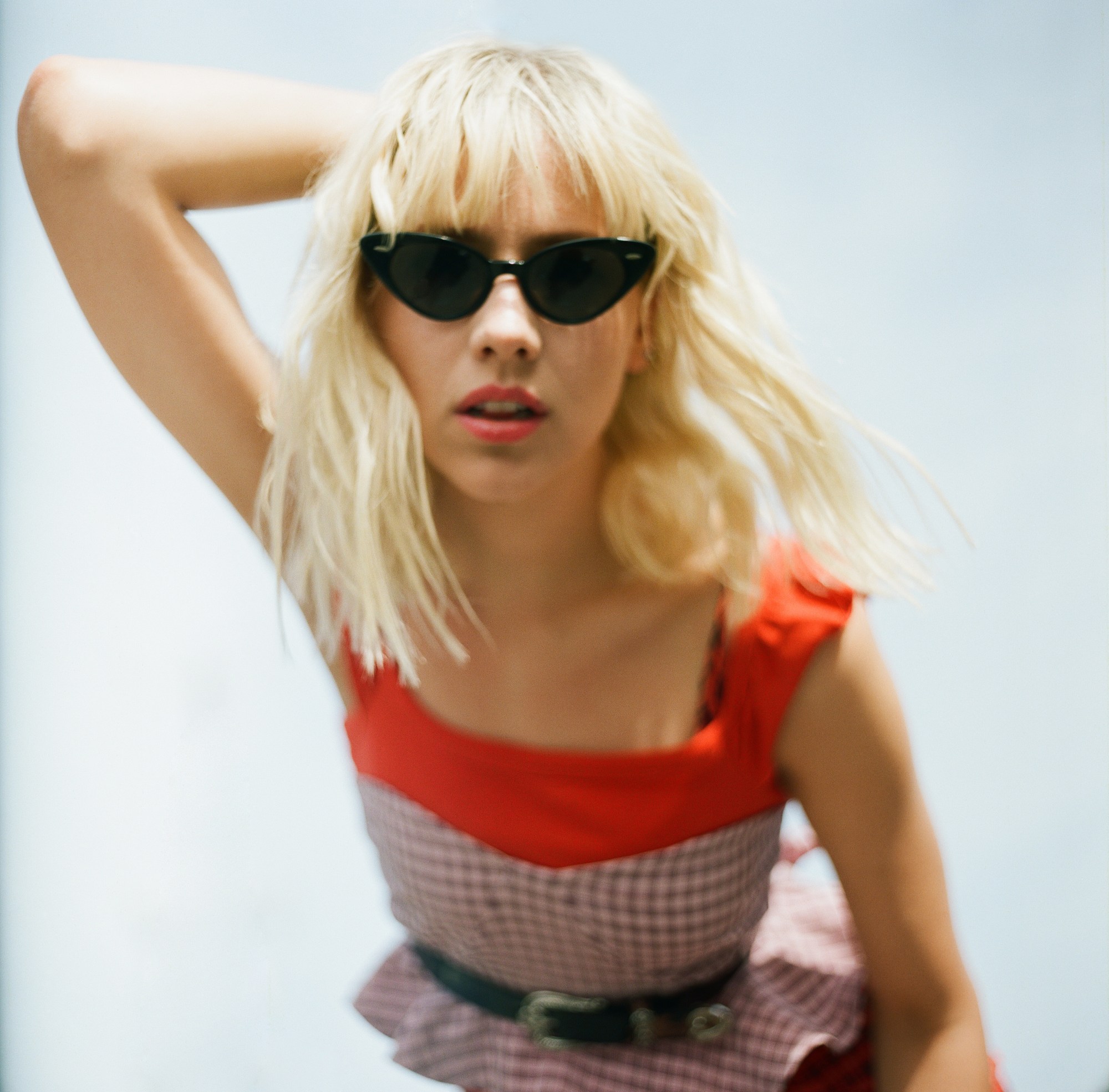 She’s keeping it real, topping charts, and shaking sh*t up.

It seems like all of the greatest pop music is coming out of Scandinavia these days with Sigrid, Robyn, Lykke Li, Tove Lo, and countless others. Enter Dagny, the up-and-coming songbird who invites you to get up, dance your ass off, and let loose. No, seriously. Her music is packed with feel-good vibes that prove she’s bound to be at the top of the charts (and her videos are just as infectious.) The native Norwegian found her footing in the music world with high-energy pop tracks that will stay at the tip of your tongue. We sat down with the rising star to talk inspiration, growing up in a musical household, and her transition into the limelight (plus her vintage obsession).

You grew up in a small town in Norway, which seems like a stark contrast to where you’re living now in London. How was it transitioning to one of the biggest cities in the world?

It was a big contrast. When I moved to London, I was so ready to do something else. I’ve always been pretty adventurous so I felt like I needed something more than just a month of backpacking here and there. I was definitely ready for it, but it took me longer to get used to it than I expected. I’m from a small town and everyone is involved in each other’s business—if something’s happening, you always know about it. When I first moved to London, I had to learn really basic things like making new friends and figuring out how to spend my time, taking the tube, and figuring things out on my own. The first year was pretty chaotic—it was exciting and new, but also a little scary. I’ve grown a lot as a person and I’m definitely becoming a lot more independent. As a songwriter, you need to seek new experiences and push yourself out of the comfort zone. Otherwise, it’s difficult to create something exciting if your life is safe all the time. It was the best decision I’ve ever made.

“You need to seek new experiences and push yourself out of the comfort zone.”

Do you miss it?

Of course, I miss my family. I grew to love Northern Norway even more after I left.

So how did it all begin?

I was a kid who had a thousand dreams, but none of them involved music. I wanted to be a ballerina, football keeper, an astronaut—all of these crazy things. I started pretty late when I was 16 during a composition project in music class. We were basically forced to write a song and perform in front of everyone. The night before, I sat down freaking out because I didn’t have anything to perform, so I just wrote my first song. My teacher really liked it and wanted to set up gigs for me around town. So I started performing. For a long time, it was the idea of being a songwriter that motivated me—that was my dream. The performing aspect of it came later.

You grew up in a musical household—how has that impacted your music today?

Music was always around me. As a kid, you dream about a lot of unreachable things and music for us was just always there. To some degree, growing up with Brazilian rhythms and jazz music definitely impacted me. It gave me a natural sense of rhythm. I saw my parents’ passion for music during the good and bad times, and how they were always driven to keep going and making things happen for themselves. They always did it for the right reasons—for the love of music. That’s the biggest thing I take away from it. At a very early age, I knew that trying to make something out of your passion for music wasn’t easy. I think it’s really important to take control over my own progress and make things happen. I never sit around and wait for someone else to do it for me—I always try to create new projects.

You started off with acoustic and now you’re killing it with high-energy pop tracks—what made you switch?

If my music is an extension of myself, I want to make something that represents who I am as a person. With acoustic music, I love how it was more philosophical. You can really talk about bigger subjects and have more creative freedom in those ways. But now with my music, I get to go on stage and rock out and be wild and free. I needed that. I was getting to a point where I was on stage with my acoustic guitar and realized it wasn’t doing anything for me anymore. Ever since then, I’ve been playing around with drums and the electric guitar. It fell into place really naturally. The music I listen to is actually more acoustic and organic sounding. That moment of being on stage and getting energy out is really important. I hope everyone has something in their life that can give them that rush—just getting out whatever needs to come out.

“I hope everyone has something in their life that can give them that rush—just getting out whatever needs to come out.”

Have you found your identity in your music?

Yes, more and more—it’s always developing. Even if you listen to my first EP, it’s definitely more organic sounding than my latest singles like “Love You Like That” and the music we’re releasing in the next few months. It’s inspired by the people I work with. I have a strong gut reaction to what feels like me. You can have a lot of sessions, and a lot of them are like, yes, this is good but it’s not hitting this nerve in your stomach where you want to be in the studio for the next week working on it. Whenever I write a song, I know quite instantly if it feels like an important song to me.

Just 3 years ago you produced “Backseat”. Now, you’re in the spotlight with tracks like “Wearing Nothing” which seems to focus more on your vocals. How has your music changed and grown?

Even though it’s important to have an identity, it’s also important that I’m not just producing the same song over and over again. I’d rather have a slightly bigger gap between songs and do something new and exciting than to try and recreate what I’ve already done. I want to be as honest as I can with songwriting. Sometimes we go through good things, new things, and not so good things, and you should get that out. I don’t feel the same way I felt 2 years ago—things change, so should the music.

We love the video for “Wearing Nothing”! What was the inspiration behind it and the dancing?

I actually did jazz, ballet, and all kinds of dance when I was a kid and I was really into it. Music videos have always been a tricky thing for me—I’m a naturally awkward person in front of camera. I had received all of these different ideas for “Wearing Nothing”—most of them involved me taking off all of my clothes and making out with everyone. So one morning, we met with this woman that heard the song somehow (I didn’t know she was actually going to do anything for it because she’s worked with all of these amazing, big artists). She pitched all of the things I’ve always dreamt of doing in a video, I just hadn’t found the right person to bring it to life. I remember watching a Fred Astaire movie for the first time that my dad bought me on VHS. I love quirky, weird dancing. I just wanted to do something quirky and different. And the two dancers Nathan and Ryan who were in it made me feel so comfortable. A lot of it we had to learn on set because we didn’t have time to learn everything before, but we pulled it together and it was an amazing day!

Phoebe Bridgers and her album “Strangers in the Alps”. I’m a big Ryan Adams fan and he’s been producing stuff for her. Her voice is so beautiful and her melodies are very interesting and her lyrics are really out there at times. I try to get inspiration from artists like Robyn. She managed to do this pop happy/sad thing that I love. Also, I love Joni Mitchell. She’s a really phenomenal songwriter with her melodies and lyrics. That’s what I strive for—to be able to say something that feels real and not generic. I want to say something that’s real to me, but also something that people can connect to.

What do you want people to take away from your music?

Energy. I want people to come to my gigs and have a fun time. I want people to leave my performance and feel like they can do anything. I’m pretty open and social. For me, the stage is like this free zone where I can release a lot of energy. I feel ballsier and more powerful and stronger on stage than when I’m off stage. I want to convey that to the audience so that they feel braver and tougher from my shows. It’s beautiful to get people writing to me about how my music picks them up or how they start the day with my music to make their day better. I want people to feel like they’re ready to take on anything.

“I want people to feel like they’re ready to take on anything.”

Three words to describe your style?

The one piece that’s missing from your closet?

I love to vintage shop. I am always on the hunt for something when it comes to vintage. But! I have developed an obsession with jackets over the past 5 months. Currently, I want one of those really big, oversized leather jackets–and right now it feels like you see something everywhere and then when you actually want it, you can’t find it anywhere. If anyone has a secret spot, let me know. I have a lot of clothes. And they’re currently spread over 3 different countries, and 8 different apartments. So yeah, I have a problem.

“I have a lot of clothes. And they’re currently spread over 3 different countries, and 8 different apartments. So yeah, I have a problem.”

We’re releasing new music in 3 weeks and then more a month after that. We’re touring this year in Scandinavia for the summer, Europe, and then we’re doing our first headline tour across the US!

If you’re in need of a playlist update (or not TBH) check out Dagny here. 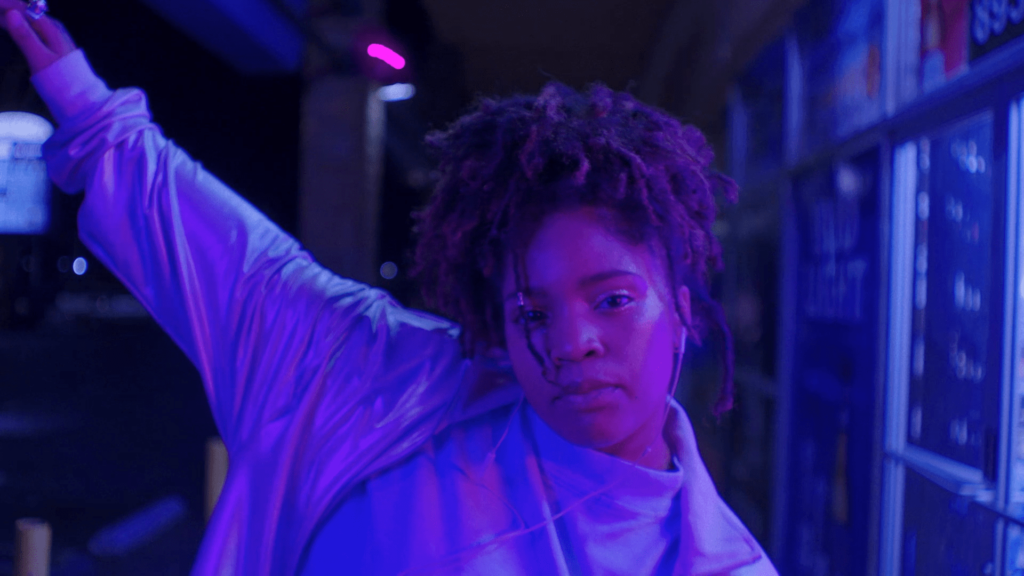