Meet the woman behind the Kinfolk of weed. 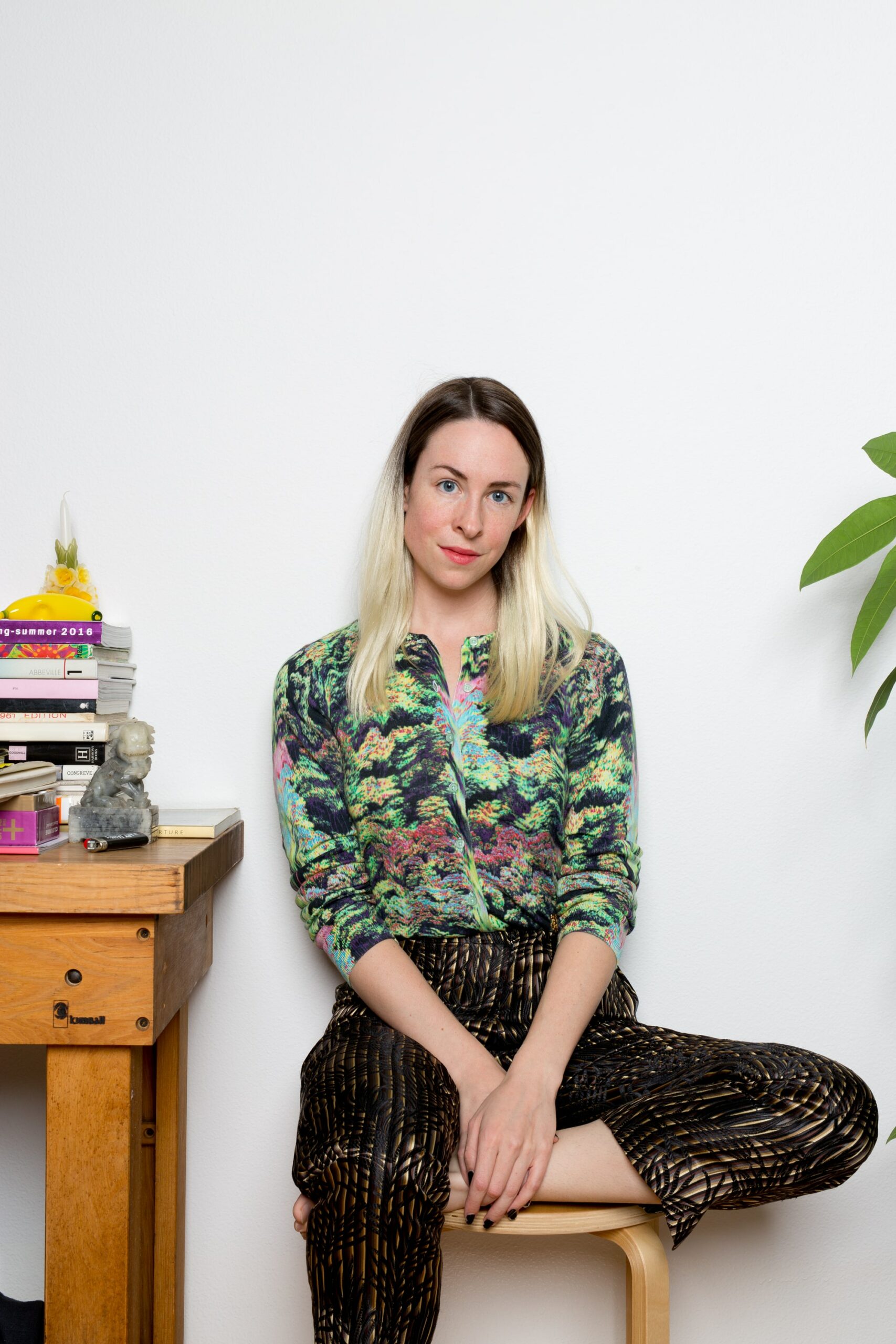 When Anja Charbonneau launched Broccoli magazine last year, the idea was to create the kind of weed magazine you can keep out on the coffee table when your mom comes to visit. Less “bongs and thongs” more chic, inspired and design forward, aka. the Kinfolk of weed. It of course doesn’t hurt that Charbonneau is the former creative director of Kinfolk.

So yes, it’s beautiful. Really beautiful. But Broccoli is more than just a good-looking weed magazine. It’s a good-looking weed magazine for women. “There’s this perception out there that weed is for dudes,” says Charbonneau. “I wanted to provide a platform for women to talk about their experiences and how cannabis fits into their lives.” And just like no one’s life is devoted to cannabis, neither is the magazine. “Not every article is directly about weed,” says Charbonneau. “Some of it is tangentially related, so we’re trying to take an interesting, left-of-centre look at different things that might appeal to the same person, and weave weed in where it makes sense.”

The inaugural issue, which launched in Nov 2017, includes a profile of a 6th generation candlemaker in Mexico City, a review of an ambient Japanese album, as well as a piece on how legalization might effect the joys of scoring pot. And the cover, all pretty in millennial pink featuring an artful floral arrangement (look closely and you’ll see the marijuana leaves), wouldn’t elicit a raised eyebrow from your visiting mom.

Read on for our conversation with Charbonneau, where we discuss why we need to talk about weed, women’s rights, and finding the right balance between beautiful and weird. 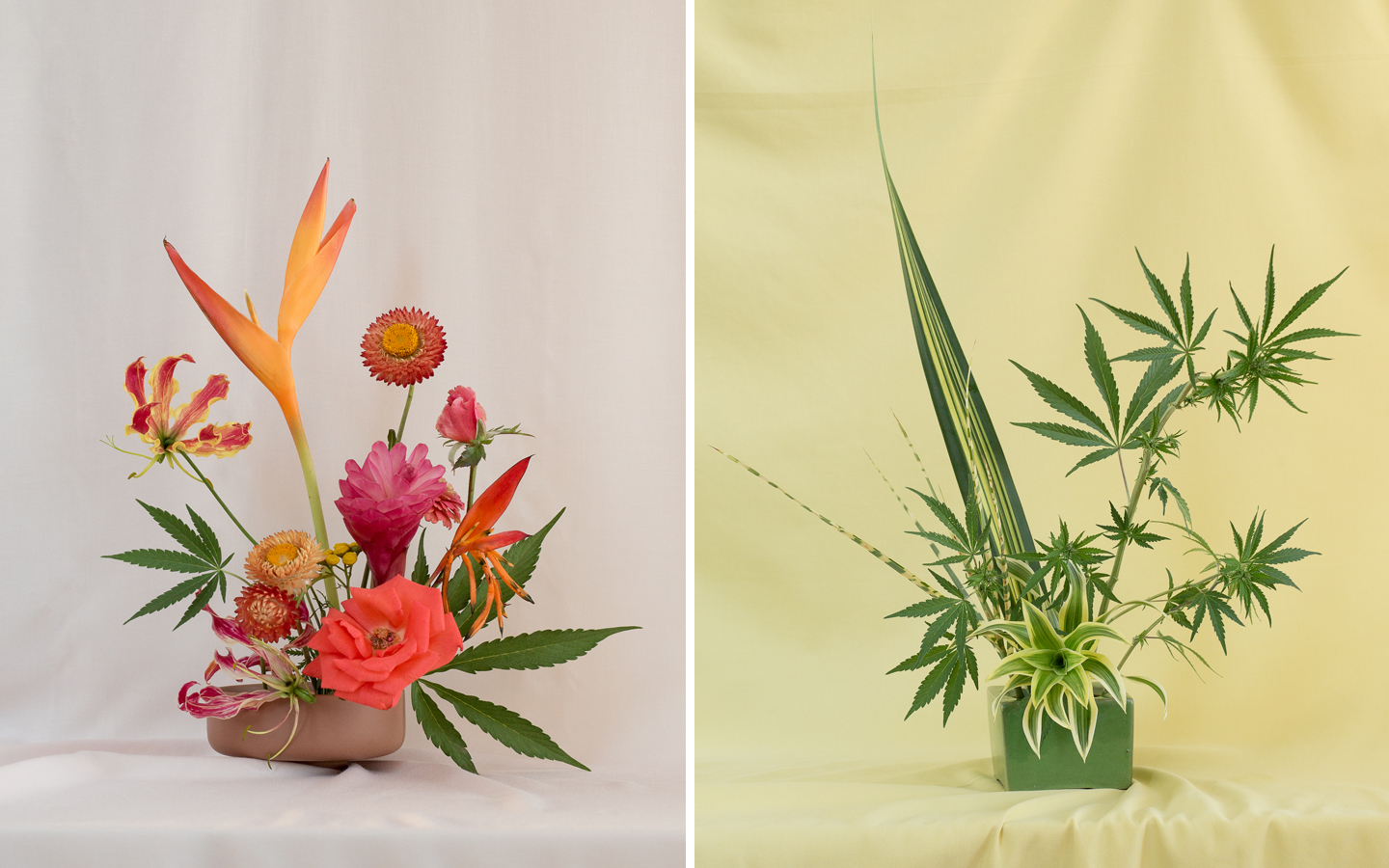 So, I know you have a background in publishing—what made you want to get involved in the cannabis industry?
I’m based in Portland, and we’ve been recreationally legal for a while now, so we’ve seen some really creative, consumer-friendly, very high-quality products and brands coming out of here. And just seeing that energy and effort moving towards normalization, and this beautiful take on what cannabis can be, it was really inspiring. It made me think, “well, what do I know how to do?” I know how to make really beautiful print media. And there’s definitely a lot of literature and magazines in that world already, but most of it is pretty industry-focused. So unless you’re a grower or a producer, that’s not for you. It was clear that there was a gap for something new in that space for people who are just casual consumers and looking for a platform to give them access to a discussion.

Did you have any second thoughts about the whole “magazine” thing? Starting something new is risky enough but it seems like the struggle is real in print right now.
Yeah, it’s really hard to make a business around a magazine these days. I actually had this idea kicking around in the back of my head for a good year before I finally decided to do it. I’m a very cautious person in terms of business and career matters so I really needed to convince myself that it was a good choice. Especially because we’re focusing on print and not repeating our content online. But I think because cannabis is so new, in a way the rules for traditional print don’t completely apply. There’s going to be a lot of room for creativity.

Why did you want to focus on women as the target audience?
There were a couple reasons. First, on the industry side, there’s a lot of momentum for women to be getting into the cannabis space right now. It’s a brand new industry so if we can have more women in the foundation while it’s being built, there’s a better chance of growing it in a way that doesn’t fall into traditional corporate structures, which are ruled by a lot of super sexist and racist principles that have been imbedded for decades. So just taking a really fundamental look at how something gets started, if we have different people at the beginning, maybe it’ll evolve in a more positive way.

And then on the reader side, if you look at cannabis media, there’s still this idea that weed is for dudes—unless you’re a hot girl in a bikini? I mean, there are a lot of women who use weed. It’s a normal part of life for and we want to reflect that in a relatable way where we’re looking at our peers, our mentors, at people that look like our community, and that just makes it more accessible for everyone to talk about. 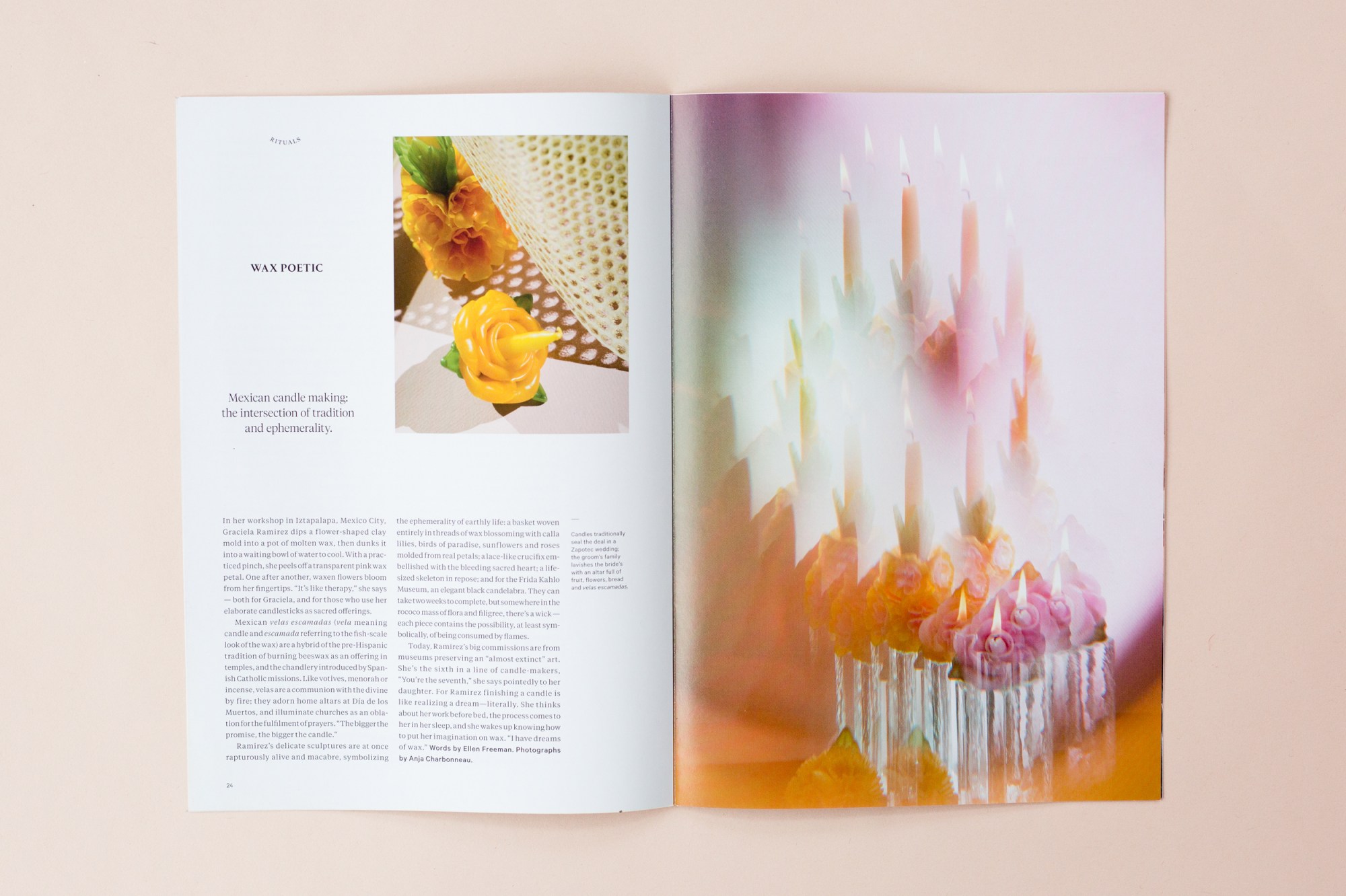 When I interviewed April Pride of Van der Pop, she mentioned that wellness is actually the biggest reason why women use weed.
It’s huge! Having access to something that can solve or mediate a lot of day-to-day health issues is so powerful. Especially for women because there’s just a myriad of things that we’re on our own to deal with. Either our rights are being threatened and stripped on a government level, or we can’t get a diagnosis, or our symptoms are dismissed. I honestly think the medical side of things and the wellness side of things, is going to be the thing that leads more people to understanding why cannabis is okay. It’s helping a lot of people!

Do you feel like launching a magazine like Broccoli, that can sit on the shelf beside, say, Kinfolk or The Gentlewoman, can help get those conversations going?
Totally. I mean that’s the interesting thing about the role of design in cannabis. If you have a brand—or for us, a magazine—that looks a certain way, it provides this access point to talking about it. Like, if you have Broccoli sitting on your coffee table and you have a friend over and they’re like, “oh, what’s this?” it opens up a conversation in a way that a baggie of nugs can’t.

Did you have a certain aesthetic in mind when you were developing the look and feel of the brand?
Actually the original idea for Broccoli was just to make a really weird, conceptual arty magazine and go to town with crazy graphics and creepy things. But the more we talked to our friends and people in the industry about it, we realized that people actually need this tool, so it had to be accessible. If we made it too weird, we’d be leaving a lot of people behind. So we’re trying to take a modern but playful approach, and making it just weird enough that we’re nodding to that psychedelic culture, which really appeals to me and probably a lot of other people who like weed, but it’s not so weird that your mom can’t pick it up. So finding that line between beautiful and weird is where we’re really comfortable.

I love that! Even the name Broccoli really fits that fun, playful vibe.
Yeah, it’s definitely my favourite slang for weed. I just think it’s really cute. It’s got that irreverence to it. 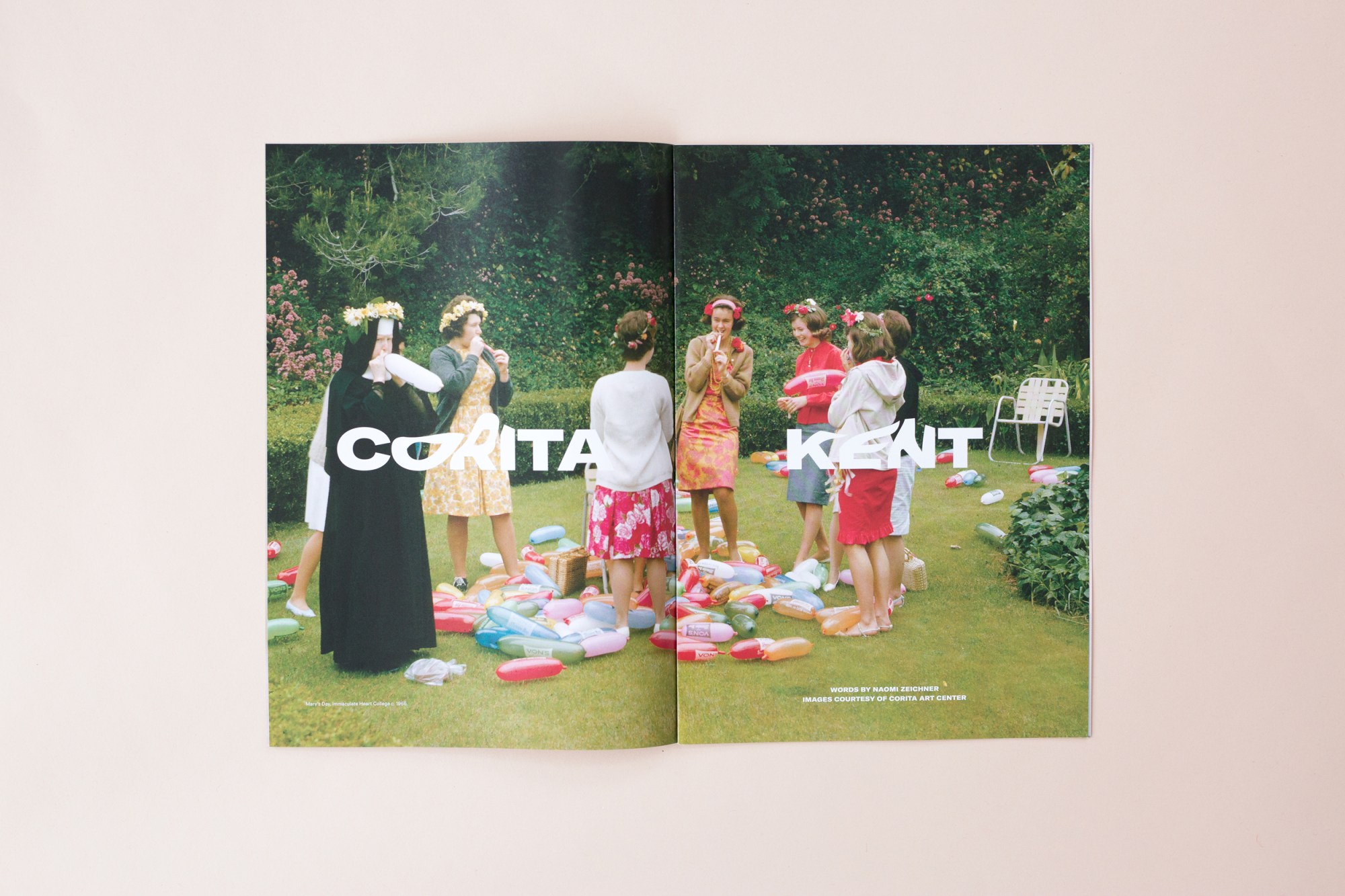 So obviously there are a lot of misconceptions around weed and weed users—what have you found to be the biggest challenge so far?
I think the number one challenge for pretty much everybody in the industry is to communicate to the world that there is no one type of person that uses weed. For everyone who uses it for pain management, there’s someone who uses it to relax, or focus, or maybe they just like to smoke it and look at weird books! There’s this idea out there that if you use cannabis, that’s all you care about, and that’s just not true. Since the magazine launched, it’s been fascinating to hear from woman all over the world about how it fits into their lives—the one thing they have in common is they all have amazing, creative, varied lives that aren’t focused around weed!

Do you think that that pothead stereotype effects women differently than it does men?
Yeah, I mean women are always being judged more harshly than men for everything, and weed is no exception, unfortunately. Even if you think about the more playful versions of the stoner stereotype, like your stoner buddy movies, those aren’t even about women. There’s Broad City now, which is new and that’s really great, but we don’t have any figures in pop culture history who are like the fun girl who smokes weed. There are no stories about it. So I think we’re kind of writing them now and taking a different approach.

What are some of the more positive or encouraging changes you’ve seen in the industry so far?
There’s a lot of really good work being done by women in the industry right now that is helping to create opportunities for other women and people of color who have not been allowed access to this kind of structure in the industry before. Especially people who’ve been jailed in the past for stupid possession, and then that prevents them from ever joining in on this legal side. There are a lot of really interesting initiatives to do right by those people and I hope that remains true as more people with big money backing them come in. 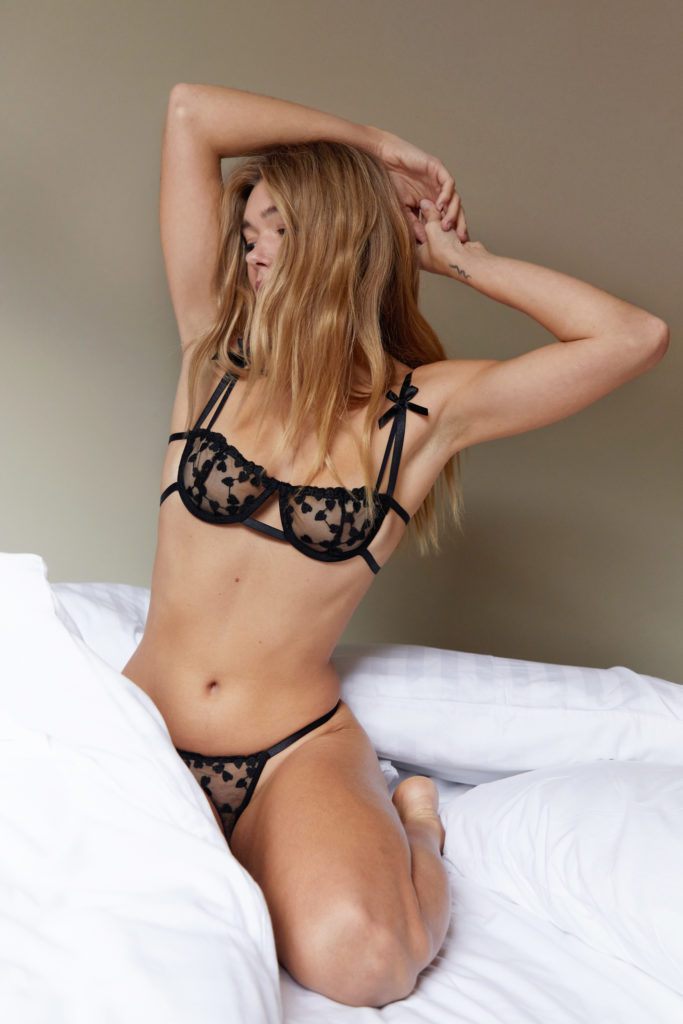 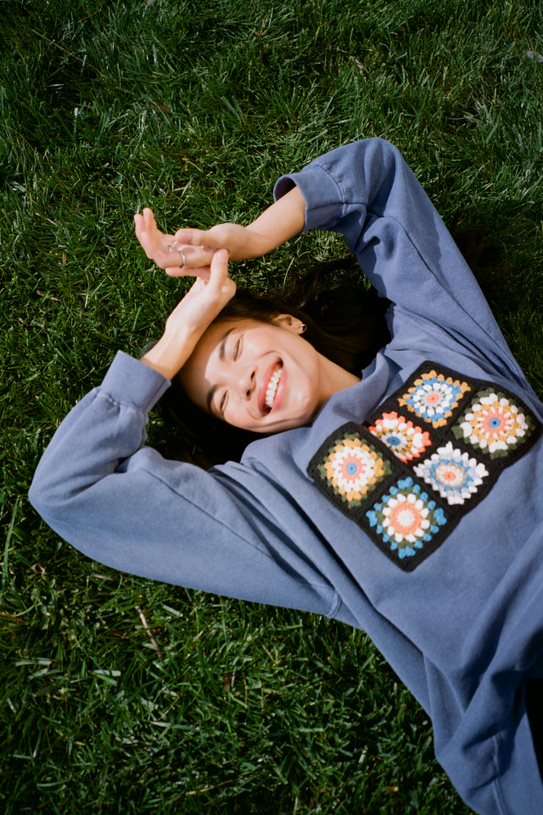 Your Body, Your Cycle 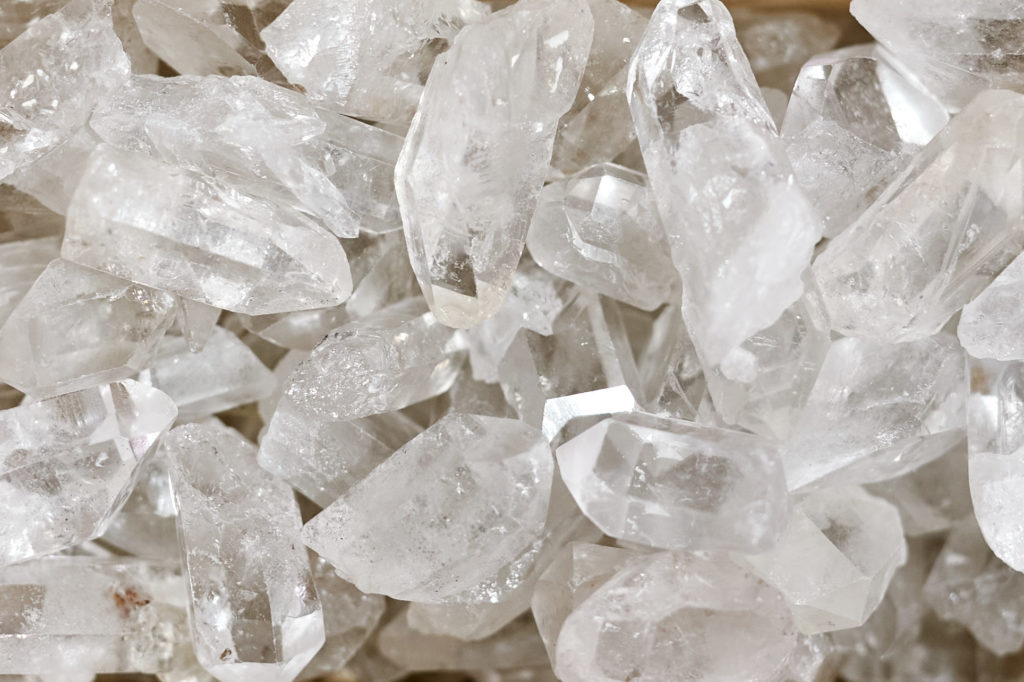